TRENDS AND MAIN EVENTS IN THE COCOA MARKET July 2022

Summer is usually not rich in events in the world of cocoa. The average harvest of 2021/2022 continues, which will end on September 30. ISO International Organization for Cocoa Statistics has lowered its forecast for the shortage of cocoa beans to 5.2% year-on-year and even predicts the processing growth by 2.4%. In Ivory Coast, as of 28.06, the harvest is lagging by 4.9% year-on-year. On 28.06, we can also see a reduction in short (sales) cocoa positions. Which may mean a strengthening of cocoa prices in some perspective. But most likely, the main movements will occur after the release of cocoa processing statistics for the second quarter in the EU and the world after July 20th, 2022. 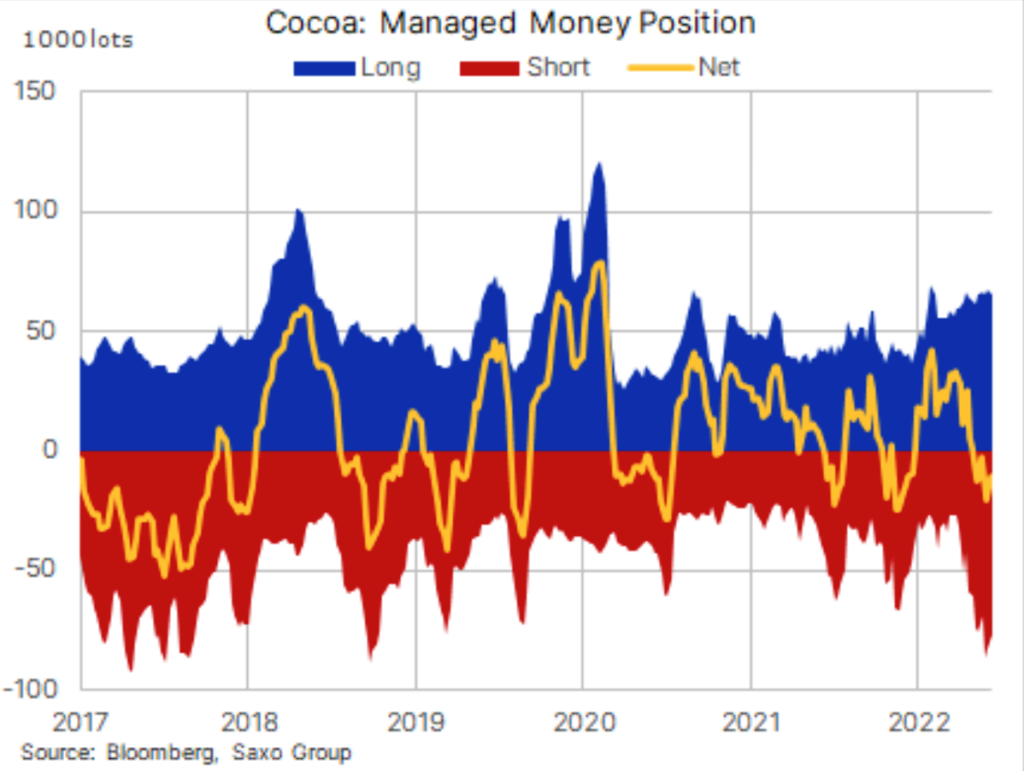 Germany, like the EU in general, is particularly suffering from high energy prices, and as of July 1, 2022, we can observe a very interesting picture. The trade balance of Germany, the strongest economy in the EU, shows a negative balance for the first time since the early 90s, which means that Germany exports less than it imports. We doubt that such a correlation can be imposed on the cocoa market, where, as we know, the main players plan their deliveries for 9-12 months ahead. But in the perspective of cocoa processing in the 4th quarter of 2022 and the first quarter of 2023, let’s not forget about these figures. Energy prices make a fairly significant part of the price component of cocoa products. Namely, gas, without which it is impossible to roast cocoa beans. You can replace gas with electricity or diesel, but the concept itself will not change.

We are observing the movement of cocoa in the same descending channel, updating new lows in dollars on the New York Stock Exchange, and is quite stable in pounds on the London Stock Exchange, staying near the values of 1,700 pounds for the last 4 years. This price is quite comfortable both for the processing industry and for the final producers of chocolate. And, in the near future, unless force majeure happens, we do not see strong price movements in one direction or another. The dollar, in turn, has broken through resistance and is moving in an ascending channel, now the currency is outbid, but it is quite possible that there is still a resource for growth, due to the fact that there is an internal crisis in the EU, both military and energy, this does not allow the euro to grow in the currency basket, and contributes to the further growth of the dollar. It is quite possible that we may see the euro-dollar exchange rate at 0.95-0.98 in the nearest future. 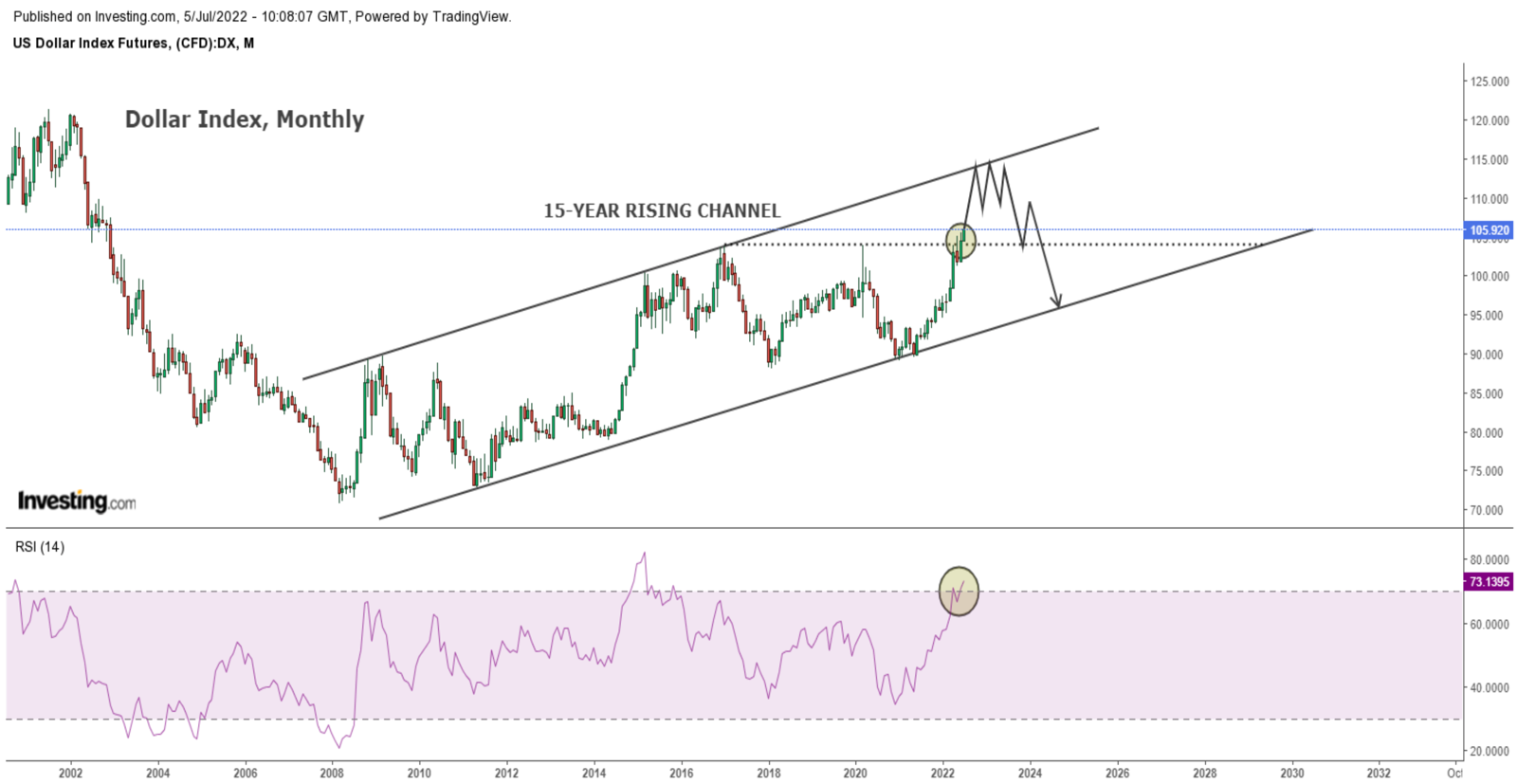 Weather conditions in West Africa are extremely favorable for the development of the main crop 2022/2023. The precipitation chart for the last 90 days shows excessive rains in green and blue compared to the norm of precipitation in this region. This fact is slightly offset by concerns about the lack of fertilizers in the region that we voiced earlier. We also draw attention to the lack of rain in the western part of Ivory Coast. But there are no critical figures as the forecast for the harvest of 2022/2023 remains positive. 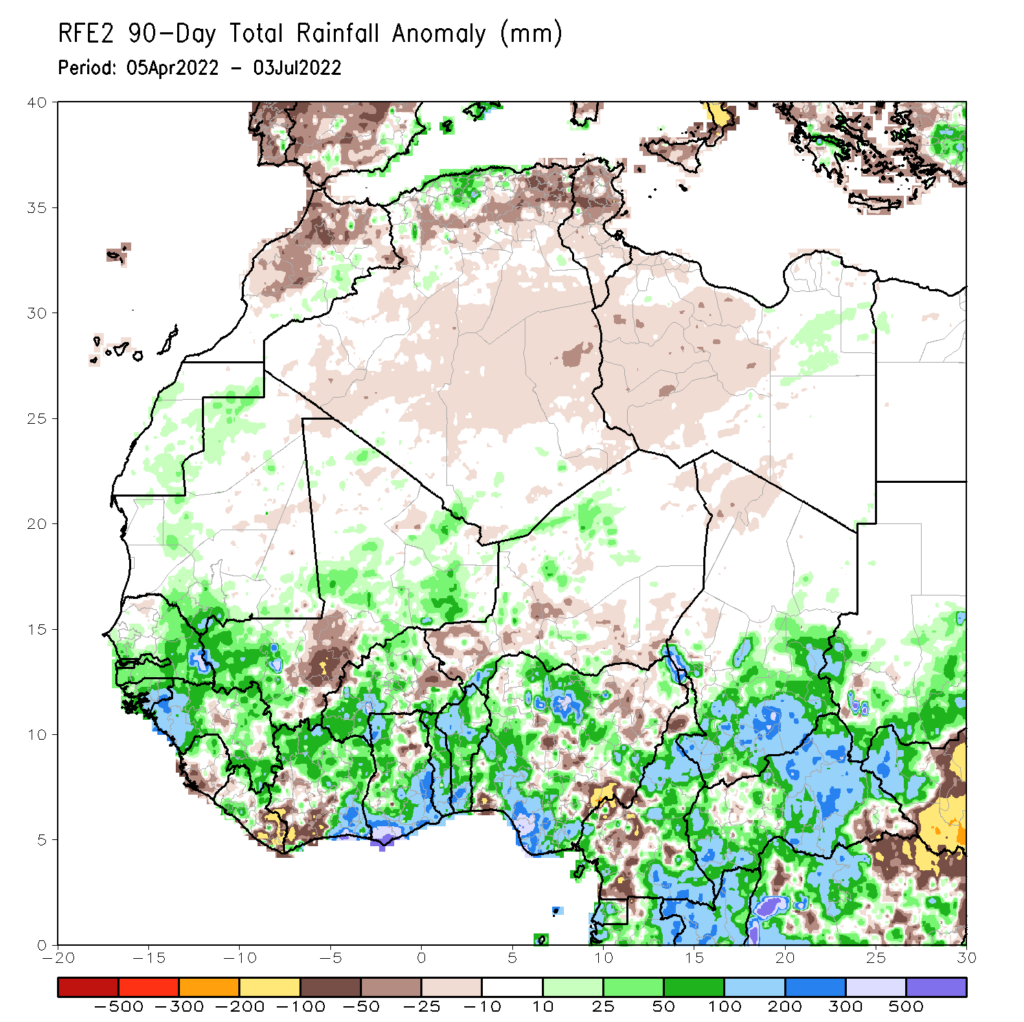