TRENDS AND MAIN EVENTS IN THE COCOA MARKET October 2022

TRENDS AND MAIN EVENTS IN THE COCOA MARKET – October 2022

As reported based on preliminary data, Côte d’Ivoire demonstrates a 4,1% harvest decrease this year. They delivered 2, 106, 000.00 tons of cocoa beans to the ports.

Preliminary data with regard to the harvest in Ghana demonstrate more than 30% decrease. For the 2022/2023 season Parliament of Ghana approved taking a loan in the amount of 2.5 billion USD in order to pay for cocoa beans to the farmers.

Taking into account the fact that the minimum ex-manufacturers price in the new season for Ghana, Côte d’Ivoire, and Nigeria is limited by a LID Agreement and shall not constitute less than 2600 USD per one ton, we can make a conclusion that Ghana is going to harvest at least 960, 000. tons. That seems to be a rather bold statement against the background of the data about the ending season harvest that comprised approximately 700, 000.00 tons and the problems with fertilizers.

Besides, it is worth mentioning that a large number of new cocoa trees were planted in all the cocoa belt in Africa approximately 3-4 years ago which can have a positive impact on the new year harvest. According to the preliminary count of fruit on the trees the season is expected to be a good one.

Persisting energy crisis still impacts the cocoa market, causing a price increase for cocoa beans products bringing them to a new level. Thus, ratio for cocoa mass currently exceeded 1.8, while the ratio for cacao butter is already over 2.2 on conditions FOB West Africa.

The bad news: in Ghana 19,000 hectares of cocoa trees were felled, and illegal mines for minerals extraction were constructed instead of them, which potentially means cocoa production decrease by 40,000 tons as minimum. This news was officially announced by COCOBOD on 15.09.2022.

This news creates another trouble for Ghana: illegal extraction of minerals including heavy metals will have a negative consequence, i.e. heavy metals residues in cocoa beans originating from Ghana.  This fact has already caused discussions at the level of Ghana and EU Governments with regard to the regulations limiting the quantity of heavy metals in the beans exported from the country of origin.

The freight share of cocoa beans and cocoa products from Africa increased in average to 20%, to a great extent due to the BAF freight share which includes shipping lines insurance against the risks of energy expenses. In this connection we observe the differentials’ growth in the European ports.

However, the biggest news is that LID system starts to run at full capacity in West Africa. Thus, cocoa beans of the main harvest are being sold now in Côte d’Ivoire at the level of London Stock Exchange + LID(400 USD), therefore current pound sterling differential comprises approximately +330-360 on the conditions FOB Ivory Coast.

The good news is that shipping rates for freight arriving from Asian region tend to decrease. Which is expected to increase the offer of Asian factories with regard to cocoa goods production in EU and RF markets. In its turn it will mean further increase of cocoa processing. 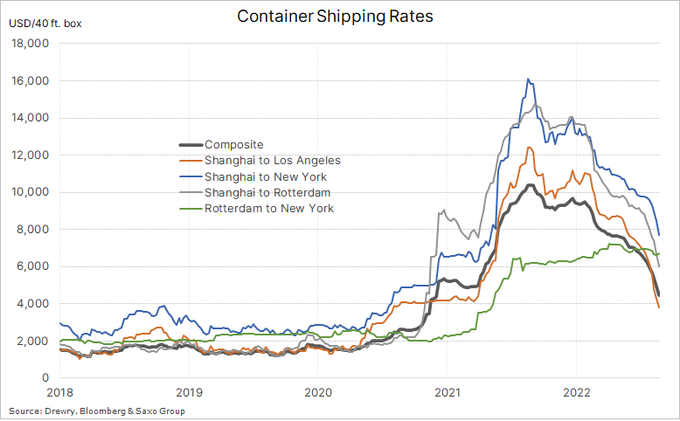 From a technical perspective, i.e. from the perspective of hedge funds and their participation in cocoa market we see the biggest in the history short position on the USA and GB markets. 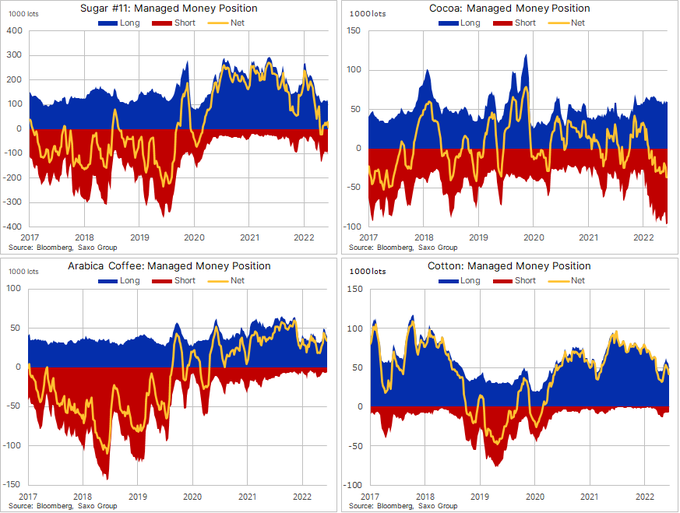 As of 30.09 number of short positions comprised more than 100,000.00 lots. It is a huge number for the cocoa market. I would like to remind that short positions’ rapid decrease is likely to cause an explosive and vigorous prices’ growth. However, there is always a chance that the price will remain low yet for a long period of time, since West Africa countries are about to start trading the intermediate harvest on the market and it will prevent the prices from an explosive growth.

However, most likely we will see price fluctuations after the statistical data with regard to processing in EU, USA, and Asia gets published (11 – 20 October, 2022).

So far the Russian ruble remains the most dynamically growing currency in the world against the background of the main currencies exchange rate value decrease compared to the US dollar. 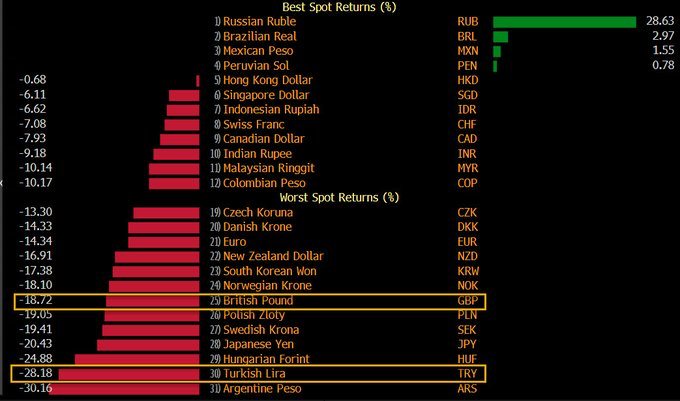 In its turn the Dollar hit resistance and moves upwards, now the currency is outbid but there is a real probability that the currency still has the resource for increase since EU lives an internal military and energy-related crisis; in such conditions even 0.5% stakes rising and further promises about rising stakes do not allow EURO increase and enhances the further growth of dollar value.

That could well be the case, and we will see EURO-USD exchange rate at the level 0.93-0.94 in the nearest time.

On the other hand, we are still in the corridor of movement, so it is quite likely that within next 2-3 weeks we will see the dollar decrease with regard to the main currencies before the US dollar index takes the next upward turn.

So far we still see the cocoa in the descending corridor at the New-York Stocks Exchanges despite all the fundamental data.

Analyzing the wave forecast we have finished or are finishing the downward movement at the New-York Stocks Exchanges which means further growth of cocoa prices. However, the time span for now covers the prospective of the next 2-3 years during which the prices may increase up to 4,000 US dollars per ton at the New-York Stocks Exchanges. Most probably it will happen against the background of short positions abrupt decrease by hedge funds, but it does not necessarily mean that it will happen in the nearest future. The slide below demonstrates that we have been moving in the downward corridor for already 8 months and still accumulating positions for cocoa trading, therefore it is likely that we continue the downward movement at the beginning of the new season as well, which will be limited by the support line (in green color – 2,115.00 US dollars per ton); at the same time fluctuations are possible depending on the cocoa bean processing statistics that are supposed to be published in the second half of October.

Weather conditions in West Africa are favorable, for comparison find below 2 charts: 90 days and 30 days with rainfall anomaly. The quantity of rainfall demonstrates that rainfalls in the summer months were exceeding the standard levels in the most regions of cocoa cultivation.

Besides, we are still at the La Nina stage which is likely to ensure favorable weather for cocoa cultivation further on.

The only negative aspect with regard to the weather is the black pod disease of the trees that is strongly enhanced by excessive humidity. However, as of the 30th of September development of this disease was not detected on the trees, but one shall take into account that continuous excessive rainfalls mean that the harvest will be lost partially due to black pod disease. 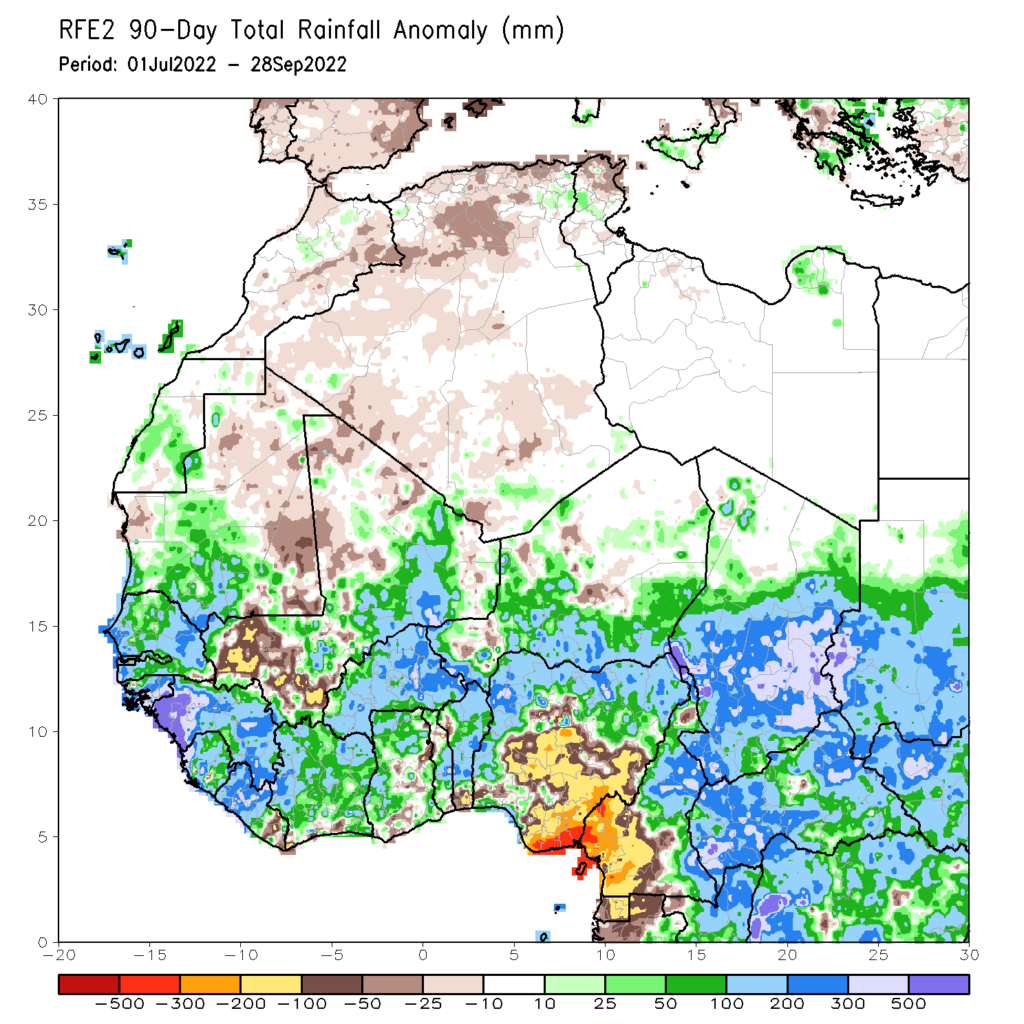 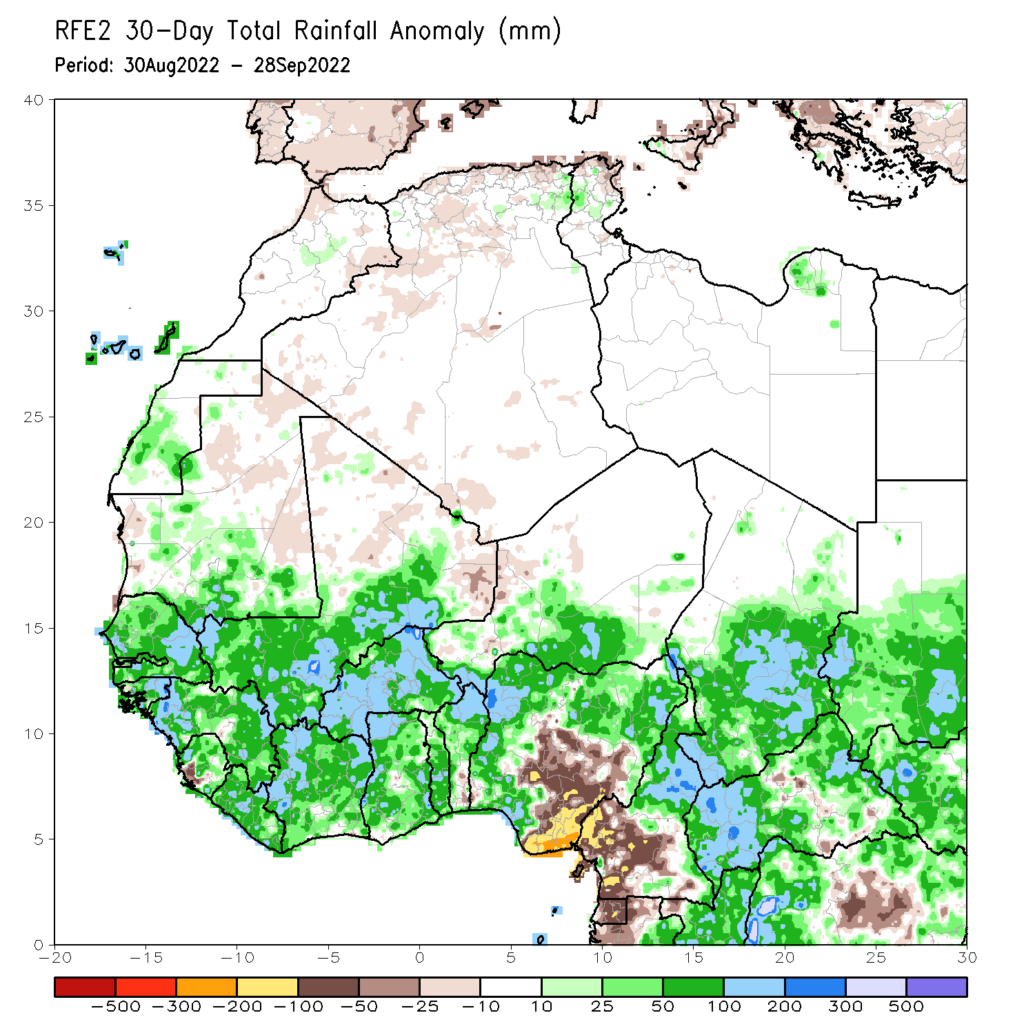